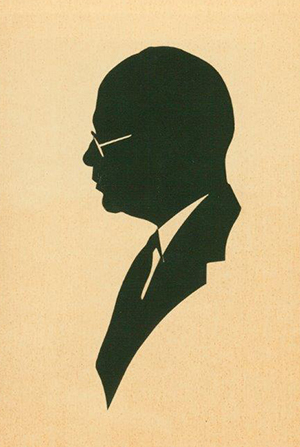 As I mentioned in an earlier post, Edgar Villchur’s grandfather, Eliezer, changed his name at the turn of the twentieth century and was officially adopted by a non-Jewish family, the Vinograds, so that he could attend secondary school in Russia. But even with a Gentile surname, a Jewish family was not safe under the regime of Tsar Nicholas II. Russia at the time was a dangerous place for all Jews. Anti-Semitic laws made life difficult, but the greatest danger came from the pogroms—violent attacks on Jewish settlements. These were riots perpetrated mostly by mobs of working-class Russians, but they were stirred up by official anti-Semitic propaganda and condoned by local and national authorities.

There had been waves of such violence throughout the nineteenth century. There was anti-Jewish rioting in 1859 in Odessa, and in 1881, riots in Kiev and other cities were triggered by the assassination of Tsar Alexander II, which was falsely blamed on a Jew.

Anti-Semitic violence in imperial Russia escalated in the early years of the twentieth century. In 1903, in the town of Kishinev, near Odessa, forty-five Jewish men, women, and children were murdered, and hundreds of homes and shops were plundered. The New York Times described the Kishinev pogrom: “There was a well laid-out plan for the general massacre of Jews on the day following the Orthodox Easter. The mob was led by priests, and the general cry, ‘Kill the Jews,’ was taken up all over the city. The Jews were taken wholly unaware and were slaughtered like sheep. The local police made no attempt to check the reign of terror. At sunset the streets were piled with corpses and wounded.”

Jews started banding together in for self-defense. Members of my family told me that Edgar’s father, Mark Efimovitch Villchur, and grandfather, Eliezer Vinograd, were part of such a group. They stayed up nights in their hometown of Ekaterinoslav, standing guard and listening for the sound of horses’ hooves. They fashioned spears from broom handles, and when the pogromchiks attacked, they fought for their lives. The 1905 pogrom in Ekaterinoslav lasted three days. The uncounted dead included many children. A firsthand account and photographs can be found here. It became publicly known that the editor of the local newspaper had been given funds by the government to stir up anti-Semitic sentiment.

My family survived the pogroms, but it was becoming obvious that life in Russia was dangerous, and that greater opportunity, with fewer restrictions, could be found in the United States. Eliezer Vinograd and four of his six children emigrated to the United States in the early twentieth century. Overall, more than three million Eastern European Jews came to America between 1880 and 1924, nearly half of those in the first fourteen years of the twentieth century.

Between 1890 and 1900, New York City’s population more than doubled, to almost three and a half million people. In the first decade of the twentieth century, immigrants from many European nations, driven by economic and political hardships at home, swelled the city’s population by another thirty-eight percent, to nearly five million. The largest group of immigrants was German, and there were large numbers of refugees from Ireland, Russia, and Italy.

Edgar Villchur’s father, Mark Efimovitch Villchur, emigrated in 1911, settling in New York City. Mark and his fiancée, Mariam Vinograd, were already a couple when he left Russia. As I said in a previous post, Mariam decided to delay her travel to New York in order to go to Germany to finish her education. Mark got a job at the Russkoye Slovo (“Russian Word”), the largest of three Russian-language newspapers in New York City.

By the time Mark Villchur arrived in New York, he already spoke and wrote fluent English. In 1915, The New York Times published a letter to the editor written by him, defending those who opposed the Russian Tsar. (This was a long article, what we would today call an Op-Ed piece). His letter is titled “Russia of the Radicals,” and he is listed as the City Editor of Russkoye Slovo.

Mark wrote that dissatisfaction with the Tsar’s government dated back to the beginning of the nineteenth century. The revolutionary movement, however, was put on hold with the Great War (i.e., World War I), and all of Russia banded together and supported the army during that struggle. Villchur said he supported the war effort, and would not speak out if reactionary spokesmen were not misrepresenting the Russian revolutionary movement. From the start, he says, thinking men realized that the Tsar’s government “followed unswervingly the policy of preventing Russia from falling into the line of civilized nations, cruelly suppressing every attempt to spread civilization in the vast country of profound ignorance.”

He went on to say: “There is indeed a ‘great Russian democracy,’ but the Tsar is its worst enemy, and surely not its defender. It is this democracy that is fighting for political liberties, for local self-government, for a modern and accessible system of justice, for railroads, for schools; it is the Tsar’s government that is trying to prevent Western civilization from permeating Holy Russia.”

Villchur defended Russia against the accusation that it is a “barbaric country,” saying that he did not believe that Americans felt that way. He reminded readers of the literary contributions of Dostoevsky, Tolstoy, and Turgenev, the music of Tchaikovsky and Glinka, and the scientific contributions of Élie Metchnikoff (who won the Nobel Prize in medicine for his work on the immune system) and Dmitri Mendeleev (who formulated the periodic table of the elements).

As part of his job at Russkoye Slovo, Mark Villchur conducted a survey of its readers, publishing a questionnaire in the newspaper and asking how their reading habits in New York differed from those in their native Russia. Out of three hundred and twelve respondents, only sixteen had regularly read newspapers in Russia. Ten people said they would occasionally read papers in the village administration center, and twelve were subscribers to weekly magazines. In America, all the respondents were subscribers or regular readers of Russian-language newspapers. Villchur said Russian immigrants reported that back in the old country their main use for the newspapers was to roll cigarettes, but that here they actually read them, to learn about events and ideas around the world. They said that English-language papers were too local and did not interest them.

After the end of the Great War, Mark Villchur wrote another long letter that was published in The New York Times (“Bolshevism and Russians Here,” June 11, 1919) In this letter, he defends the Russian population in America against the accusations of Bolshevism (the term was later changed to Communism). He says that some manufacturers have started to lay off Russian workers in order to “cleanse” their businesses of what they consider dangerous Bolshevik influences. Mark points out that Russians are not at all a homogeneous group, but belong to different religions, different classes, and different political persuasions. Russians in America, he says, are much more likely to be literate than their counterparts in their motherland. They are not likely to belong to any organizations. They are patriotic Americans who bought Liberty Bonds to help the United States finance the war, and they participated as soldiers in the war, even those who were not naturalized citizens. He says Russians are hard-working and law-abiding citizens, and he concludes with the opinion that purging them actually serves as propaganda for the Bolsheviks:

“Being ‘laid off’ on account of being a Russian is surely the best kind of anti-American propaganda any Bolshevik would ever desire. It is playing the game of the Bolshevist agitator and it is, at the same time, an act of great injustice to the average Russian in this country. By hard and earnest labor he earned his reputation as the best digger, the best miner, the best weaver, and the giant laborer of America, unafraid of the hardest kind of labor. He is the forerunner of the best that Russia had to offer America in labor, in science, in music, in literature, and every other high calling of men. And he cannot but resent the wholesale accusations now made against him, which are rapidly degenerating into wholesale persecutions.”

Mark Villchur’s son Edgar inherited his father’s talent and inclination for writing letters to the editor. My father took great pride in the number of letters of his that were published by The New York Times (at least twenty-two over the years), and his files also contain letters he wrote that were published by numerous other periodicals. The subjects of these letters, which deserve and will receive their own future blog post, include such wide-ranging topics as religion, the Vietnam War, Albert Einstein, and women’s rights.

The story of Edgar’s father’s life and career will continue in the next blog post.